What a great job you did last week! I’m so proud of all your achievements! Don’t forget to keep sending in your learning, or anything else you would like to tell us. Email your pictures or message to admin@hopehamilton.leicester.sch.uk  with your teacher's name as the subject. Start with your name at the top of your message.

Miss Ballard and I are making phone calls to see how you are doing with your learning. If you haven’t had a phone call yet – do not worry! We will aim to ring you before the end of this half term. 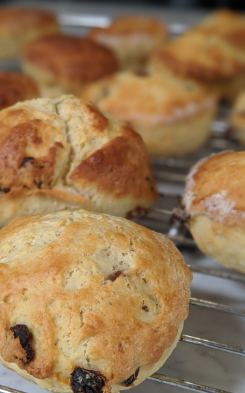 How many of you joined in with the 75th Anniversary of VE day on Friday? We set you some challenges! VE day stands for Victory in Europe day. VE day was a very special and joyous day in 1945 when the Second World War was finally over. Everyone around the country celebrated the end of fighting, often with street parties and lots of singing! Although we couldn’t have any street parties, I baked some scones which were delicious! They were filled with raisins. Yum!

We remembered all those people who gave so much fighting in that war. I decorated my windows with the flag of our country (United Kingdom), which is called the Union Jack. Can you find the flag of Scotland, Wales and Northern Ireland hidden in the Union Jack?

So… to your Pirate challenge this week! Pirates need to be prepared for any vicious inhabitants of the sea. Create some warning movements to warn the other pirates of what creatures you have spotted with your telescope from the crow’s nest. Watch this video for some ideas!

Have a go at creating your own sea creature movement and have a dance off with your family! Let’s see those crab moves!

Unfortunately not the ones with chocolate chips.

Some cookies are necessary in order to make this website function correctly. These are set by default and whilst you can block or delete them by changing your browser settings, some functionality such as being able to log in to the website will not work if you do this. The necessary cookies set on this website are as follows:

Cookies that are not necessary to make the website work, but which enable additional functionality, can also be set. By default these cookies are disabled, but you can choose to enable them below: